When I was 15, my home state of Qld was facing a drought that was destroying farming communities. I worked most of my spare time in the family business – a fine dining restaurant where we worked around the drought by supporting foreign food farming. My family preached the importance of buying local, my Mother growing up on a dairy farm and understanding how hard it is to make a living off the land, but my step father came from privilege and cared only about profits.

I watched this hypocrisy and it inspired me to participate in a ‘fodder drive’, using the network of our restaurant to raise awareness and collect donations for a truck convey on its way to help. We hosted a ‘gourmet’ night, an 8 course sampler of our newest dishes but we asked our guests to bring a gift. We filled 6 large washing baskets that first night with tinned food and personal items. My love of local, community fundraising was born.

Until the restaurant was sold in 2002, I repeated the same format 4 times – twice for the Royal Children’s Hospital collecting toys, books & games for their Xmas appeal.

Cancer visited us a few times along the way too. I don’t remember a week of my childhood that wasn’t impacted by cancer or chemotherapy in some way, concluding with the passing of my 26 year old uncle in 1994. He died 8 months after diagnosis from a rare form of testicular cancer which had only been seen 4 times in the world at that time. The doctors had no idea how to treat it, recommending aggressive radiotherapy that left behind a shell, just like his mother a few years prior. Less than 2 years later I contacted a men’s cancer group to discuss a “Check Your Balls” awareness idea. I was told that the latest research had discovered a successful treatment path and that the mortality rates for testicular cancer were so low that there was no benefit in conducting an awareness campaign. Because of progress in medical research, someone else wasn’t going to lose a 26 year old family member.

Now I’m almost a grown up and my love of fundraising, and activities that build communities around those who are struggling, has grown. I’m not a big ticket fundraiser… I have never aimed for the big bucks, but I’m driven by how an event or activity makes a participant feel. Sometimes, the outlook isn’t positive. There’s no amount of memes or positive thinking that can change a crappy reality, but there’s always a way to make someone feel good – even if just for a moment.

I’ve shaved medical researchers, cut the first long lock from my beautiful sisters hair after she raised $20,000 with her team and hugged my beautiful friend in some toilets in they valley after losing her trademark rainbow bright identity to honour her Mother. The participants might be in it for a bit of fun, but they’re driven by pain and a desire to protect someone else from that loss. 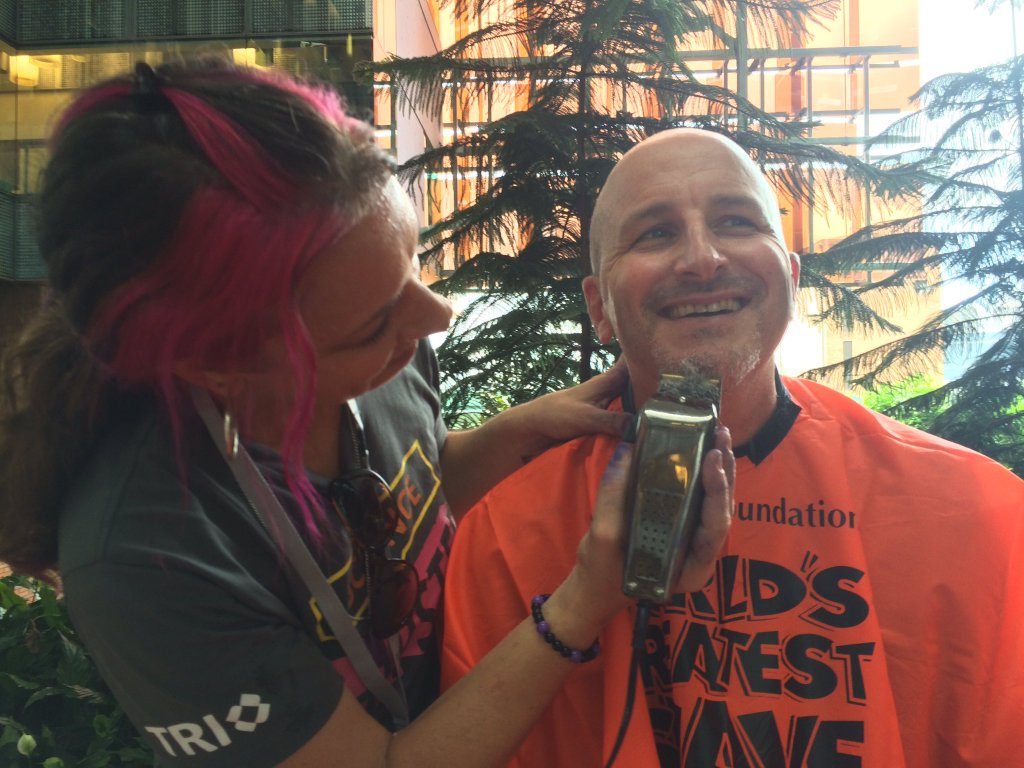 World’s Greatest Shave 2015 at the TRI, where I operated the clippers and the hair spray on some of the medical researchers who work with blood cancers. Engaging the recipients of an event is a great way to show the supporters that their efforts are appreciated. We took photos and threw down dares in the lead up, attracting 50 people to a press event for the foundation. 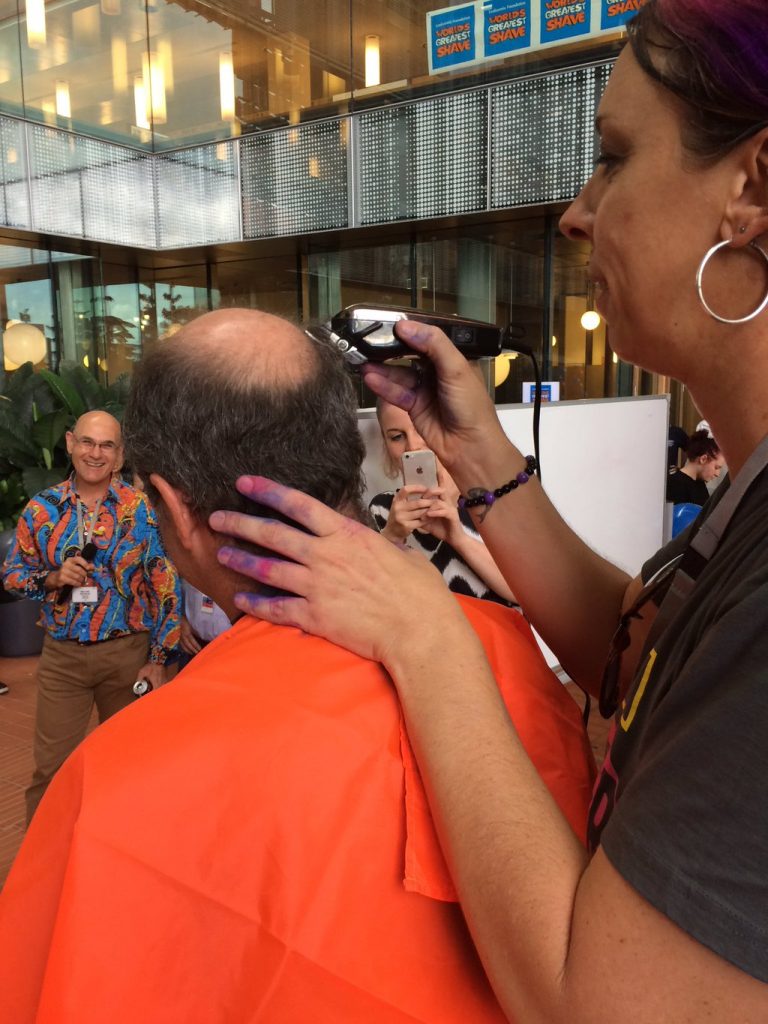