I found these notes from an assignment I submitted recently and thought they might be helpful for anyone heading in to a textual analysis exam. This summary is useful for reviewing advertisements prior to publshing for those who work in the advertising industry and agency environments. 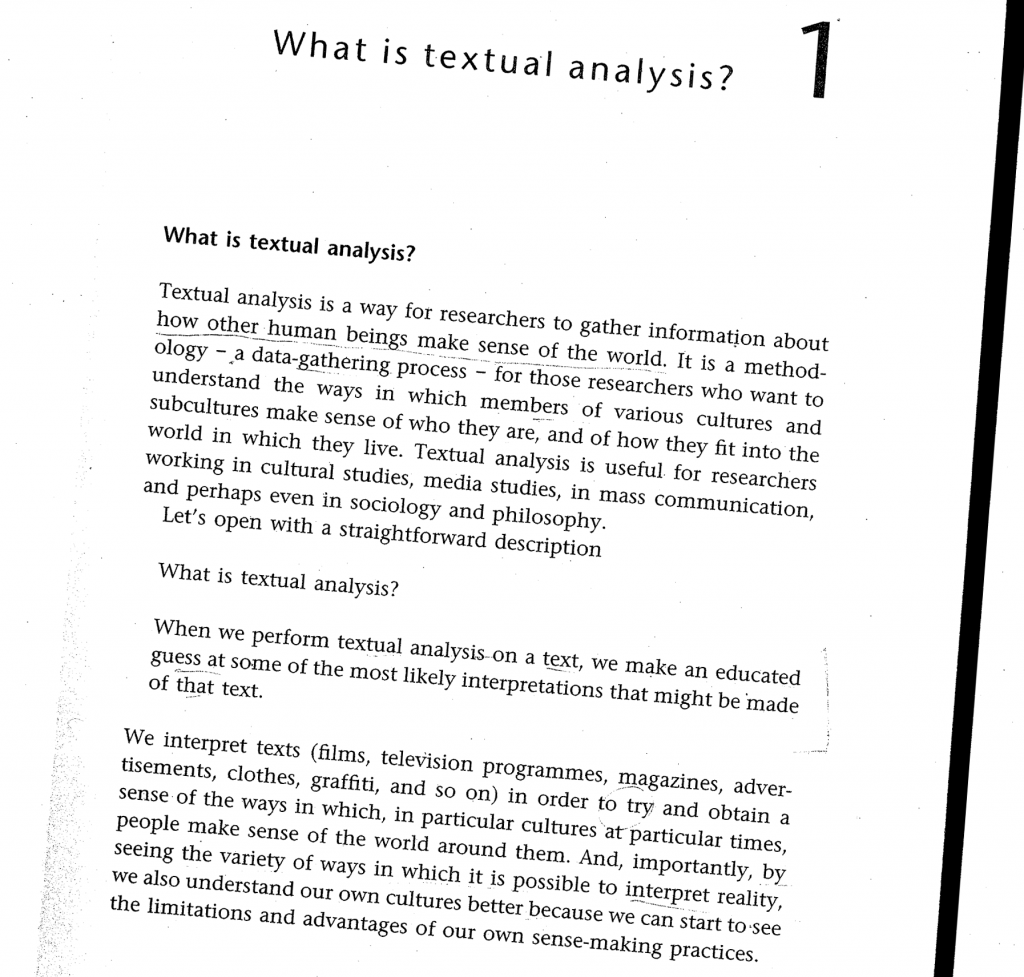 SIGNS –> CONNOTATIONS –> CODES –> DENOTATIONS –> MYTHS = Textual Analysis – our job is the why.

These notes were used prior to a textual analysis exam. It can be handy to revert to this quick list of reminders!

How do signs work?