A Panda Bear On Roller Skates

We haven’t released a new Imagineer book for a while because we’ve been so busy with our day jobs and other projects, but here’s a little snippet of a book we have in progress …

I once heard a story, and for you I’ll narrate
About a panda bear on roller skates
You should see all the mess he makes
In his home town of Lollyland Lakes
It makes the towns people quite irate
That he can only skate safely on the straights
And that everywhere he skates, something breaks!

Last year the school had 2 fetes
And panda bear wore his roller skates
The first time he came crashing through the gates
Smashing Mrs Simpson’s collection of plates
Next time, he got stuck in a cattle grate
And bumped Mr Wilson into his cornflakes
This was too much for them to tolerate!

They told the panda on roller skates
That they were sending him to the United States
To learn to skate from skating greats
Panda said “But I don’t always make mistakes.
Remember, I rescued Isabella Kate?”
“Panda, we appreciate
The value of a panda on roller skates
But it’s just that all that noise you make
Keeps the entire town awake.
It’s this, or you give up your roller skates.”

What happens next? Watch this space for the launch of the book.

Kirby has been working on the character designs for the main dude, a Panda bear who always wears his roller skates … He’s a bit cute. 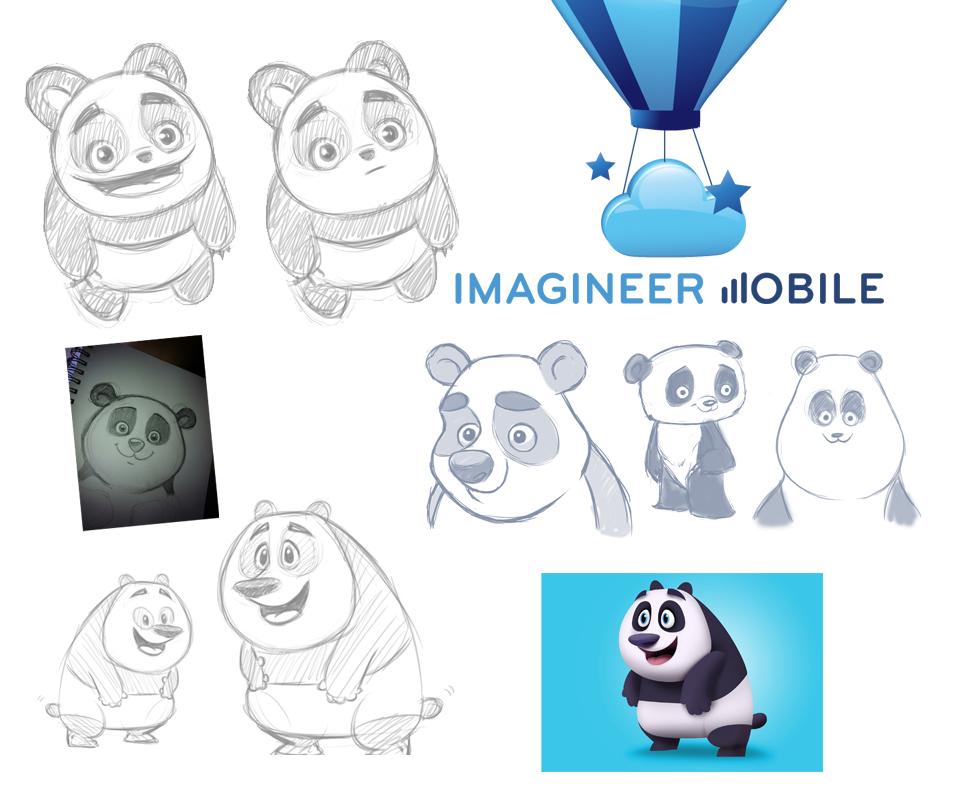